At Commuter we’re very lucky to have been able to forge relationships with some great brands and offer some of the industry’s leading commuting, touring and adventure bikes. Within this range though, there are a few that really shine, like the Tumbleweed Prospector we featured recently. To be fair though there is a solid standout for us when it comes to versatility of setup and mixed terrain capability. The Wolverine from Soma Fabrications. If you haven’t come across the Wolverine before, or haven’t really had a proper look, here’s everything you need to know about one of our favourite and most popular bikes. 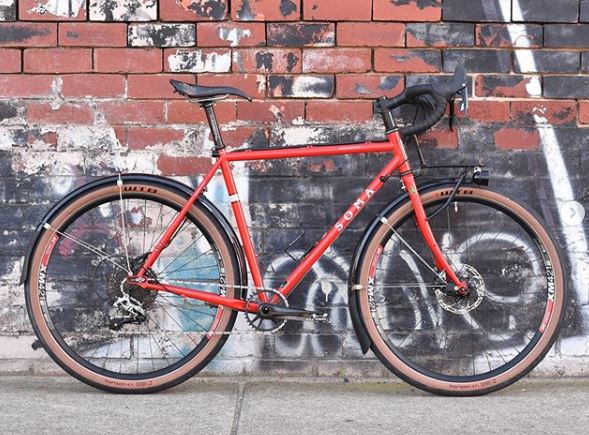 Soma list the Wolverine as a ‘Monstercross/Adventure’ bike but it’s been our experience that the options with this bike reach much further. Here’s our take on a bunch of the Wolverine’s features, what they mean and how they might work for you. 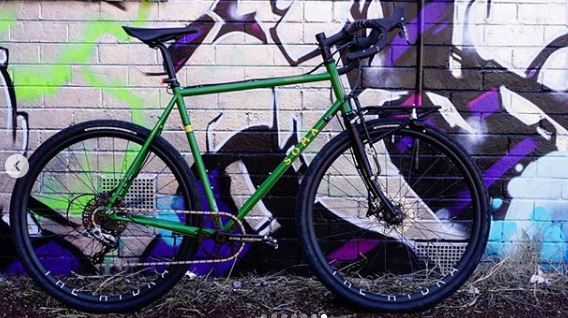 Soma list the Wolverine as being able to handle 700x45mm tyres but they’re certainly selling themselves short with that description. Staying with big wheels (700c or 29er) for now we’ve found the Wolverine capable of taking up to 2.2inch or 55mm rubber without buzzing the frame or fork. On the flip side to this we’ve also found the geometry remains very happy with tyres as small as 28mm making the Wolverine an equally capable ‘tarmac only’ machine or spritely commuter. The Wolverine was also way ahead of it’s time being able to handle, and riding nicely with, what the industry likes to call ‘Road Plus.’ Essentially the idea behind Road Plus is going down a rim size (from 700c/29er to 650b/27.5) and running bigger volume rubber to reach the desired overall diameter. In this guise the Wolverine is absolutely awesome. With either 650×47 road and mixed terrain tyres or up to 2.35inch dirt rubber. The smaller wheelsize also results in a slightly more nimble handling bike, with less chance of toe overlap with the front wheel in tight turns, which is especially nice on smaller size bikes. 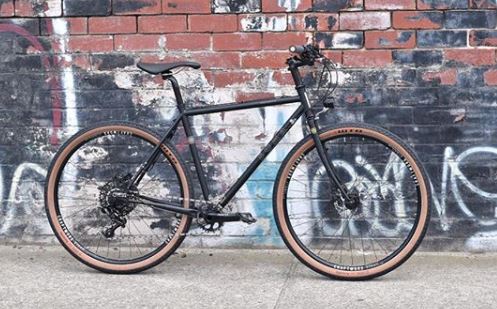 Soma use Tange Prestige steel tubing for the Wolverine, a tubeset which offers a great corrosion resistance and keeps the frameweight relatively low for a rough’n’tumble steel bike. Generally the downside to running a steel tubeset on the lighter side is that stiffness when carrying a load if compromised, but Soma have walked that line really nicely with the Wolverine leaving enough meat in the tubes to allow for some proper touring and bikepacking loads. There are mounts for rear rack and fenders and front pannier racks, deck racks and fenders. We’ve also found the paint finishes on the Wolverines more than robust enough to handle having frame bags and accessories strapped on without any annoying scuffing and wear. 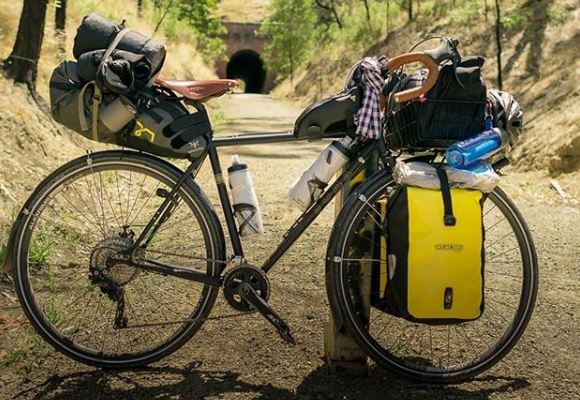 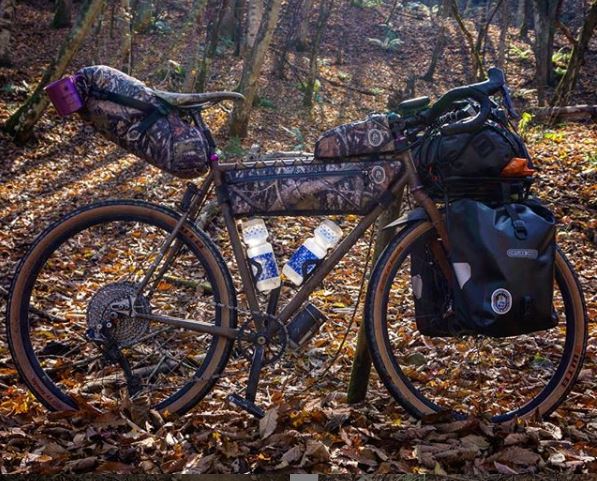 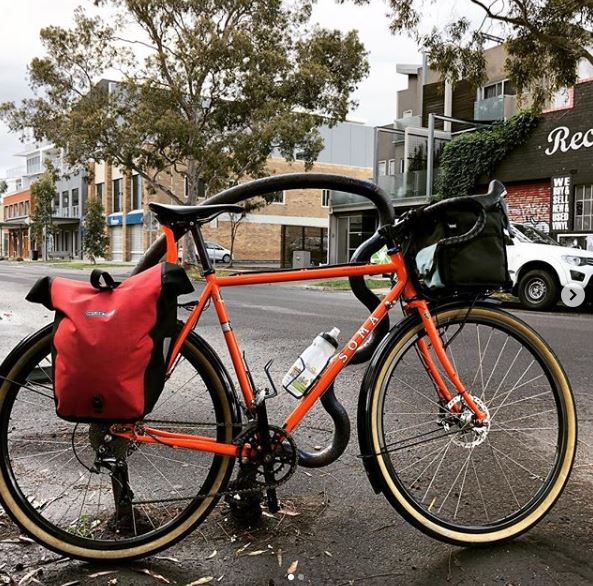 The new Version 4 Wolverines are now available in two separate renditions allowing for even further personalisation. The Type B retains all of the features we’ve come to love, many of which we’ll get to in a minute. The Type A however is a new animal, the big changes being 12mm thru axle rear dropouts as standard, no belt drive capability (we’ll get here I promise) and a 44m oversized headtube allowing for the use of modern, tapered steerer carbon forks. Been looking at Wolverines for a while but wanting something that’s a bit more of a long day-ride and fast gravel explorer? The Type A might be worth a look. 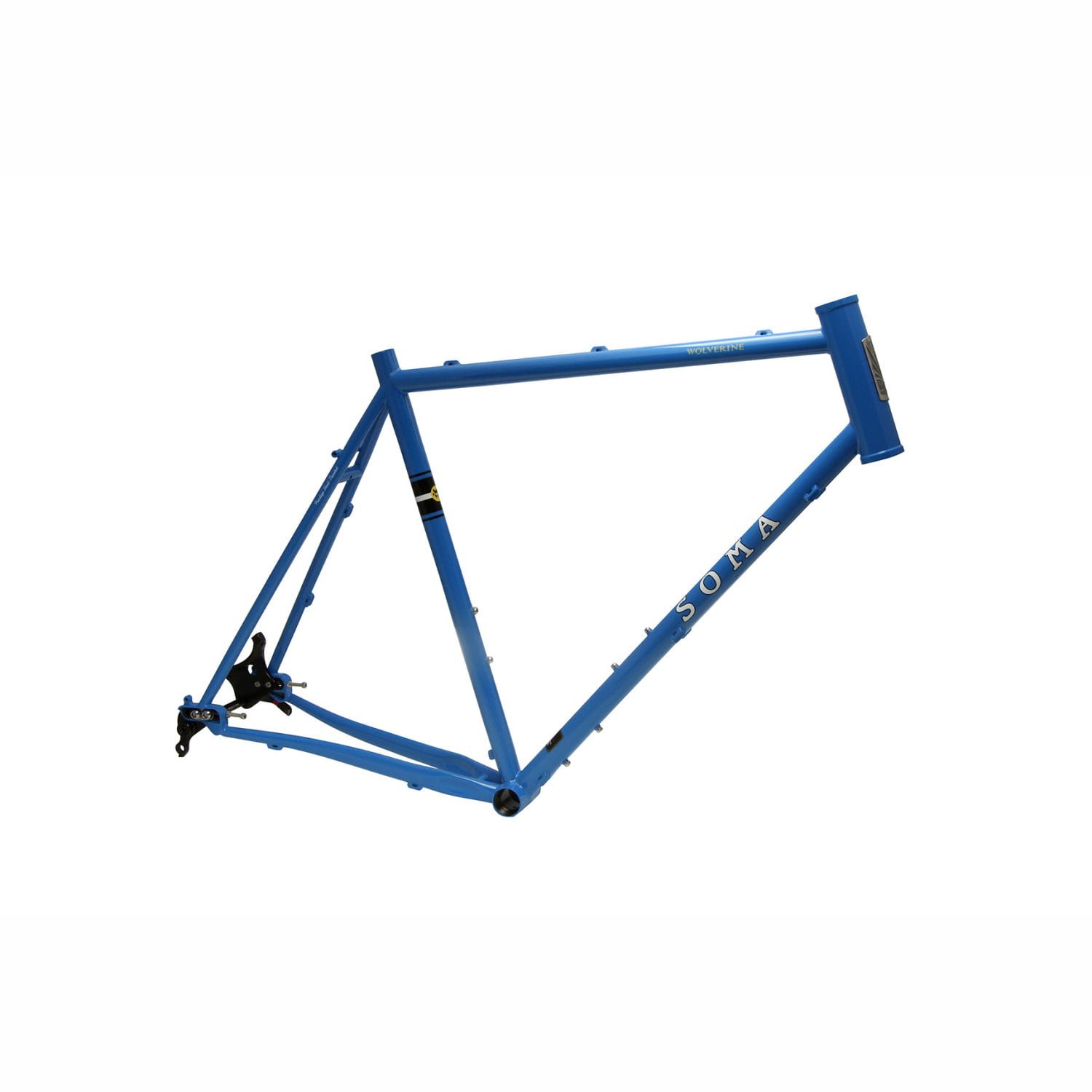 This is one area the Wolverine absolutely triumphs over everything else we sell. Whether you want to run a traditional drivetrain with two derailleurs, a modern 1x setup with up to 12 cogs out the back, an internal geared hub or singlespeed, the Wolverine makes each option a piece of cake. Prefer to ride to work in casual pants or don’t like having to lube a chain all the time? Belt drive is an easy option too. The Wolverine (Type B this year) features a removable section on the seatstay allowing for the fitting of belts. Having that join away from high stress areas like the rear wheel and the crankset makes us smile, and we’ve found the Wolverine not prone to creaking from this area at all. 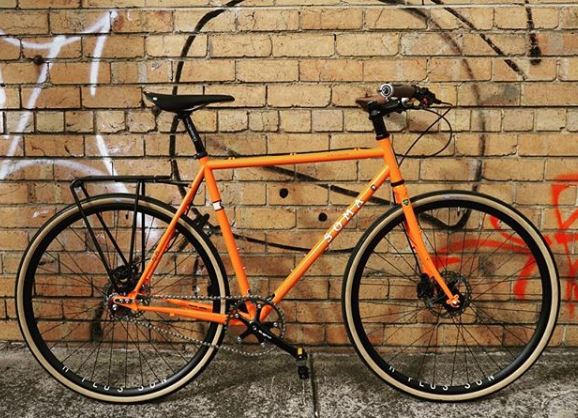 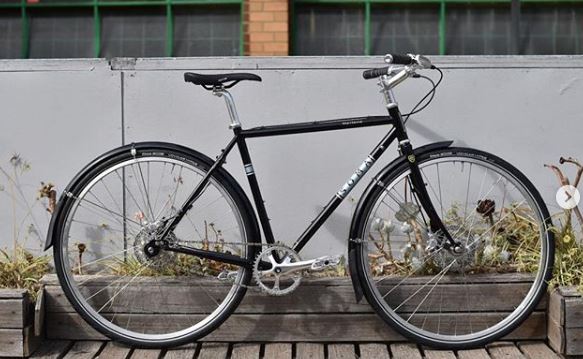 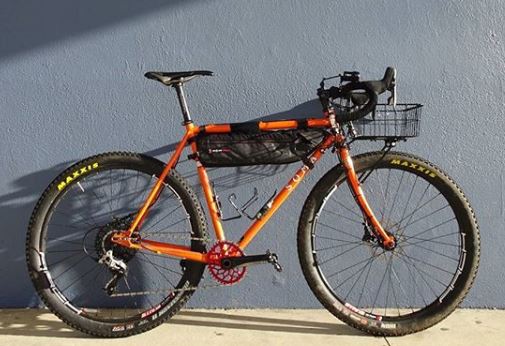 Writing this and finding pictures to go along with it I’ve certainly been reminded that it’s pretty amazing that one bike can take on so many interesting and personal forms and so easily be adapted to individual needs and riding styles. This bodes extremely well in the long term as your riding goals and needs change and makes the Wolverine well worth your attention if you’re looking for a long term , super versatile and fun bike that’ll basically do whatever you want it to.

We always keep a couple of Wolverines on the floor, as well as a lot of frame stock, so if you’d like to see one in the flesh and have a pedal you’re more than welcome as always.